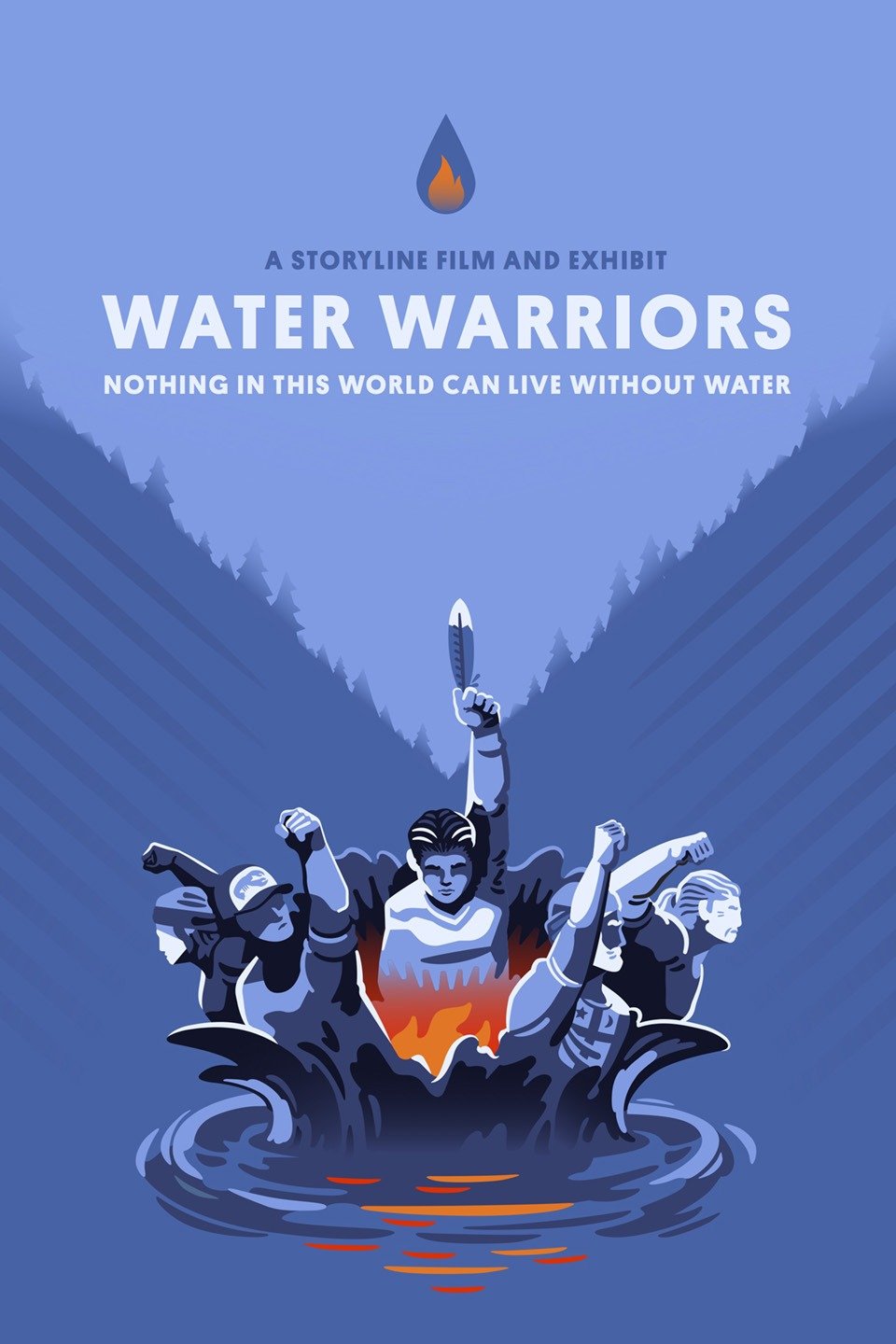 By Jess Cherofsky and Sarah Howard

On March 22, in honor of World Water Day, the Center for Native Peoples and the Environment hosted a screening of the short documentary “Water Warriors.” The 2017 film, by Andrew Stern and Michael Premo, tells the story of a group of Indigenous and non-Indigenous community members in rural New Brunswick, Canada, who successfully fought to protect their water from a proposed extractive industry project.

While this struggle took place in 2013, several years before Standing Rock elevated the phrase ‘water protector’ to international attention, many elements anticipated the historic fight against the Dakota Access Pipeline in 2016-17. The film’s events began when Texas-based SWN company showed up in eastern New Brunswick Territory, ancestral land of the Elsipogtog First Nation, to prospect for natural gas drilling sites. As “Water Warriors” powerfully demonstrates, the threat of environmental degradation brought together an unprecedented coalition of Mi’kmaq Elsipogtog First Nations people, French-speaking Acadians, and English-speaking Canadians. United by their shared belief in the value of clean water, this group challenged SWN – and the Canadian police who were deployed to protect industry interests – using a range of tactics. “Water Warriors” narrates the escalation of tactics, from grassroots organizing at local grocery stores, to setting up a resistance camp, lighting and keeping a sacred fire, and eventually establishing a road blockade and engaging in non-violent civil disobedience. The film also captures the disproportionate use of force by both industry and police against peaceful protestors, and the bravery and passion shown by water protectors across a range of ages and political affiliations.

At the film’s conclusion, this unlikely coalition has not only scared off SWN, they have also elected a new provincial government and secured a moratorium against fracking in New Brunswick. While the moratorium was challenged at the end of 2018, it is still in effect today.

Gathered to watch the film were a group of around 20 ESF students and faculty, as well as several honored guests – members of the Haudenosaunee Confederacy who are themselves water protectors. Following the film, the group circled up to hear from the guest speakers and reflect on the film. Onondaga Nation resident Jeanne Shenandoah and her daughter Whenji Shenandoah shared about their family’s decision to end a family trip early so they could drop their children at home and head out to North Dakota to take part in one of the resistance camps at Standing Rock. Whenji talked about how she and her family discussed the roles they would play at the resistance camp before arriving at camp. She emphasized the importance of knowing both the extent of what they could offer, as well as their limitations. Her words underlined the value of different kinds of contributions to social movements and reminded those in the circle of the need for each individual to assess their own strengths and capacities before committing to take action.

Jeanne and other panelists also reminded those in the audience of a similar coalitional battle against fracking that took place in New York state, and – as in “Water Warriors” – united an unprecedented coalition of local Indigenous peoples, as well as non-Indigenous environmentalists, land owners, and others. This group successfully won a statewide moratorium on fracking (the first in the country!) in 2014. In response to a question about how those in the room could become more informed about how to support Indigenous-led movements, Jeanne Shenandoah explained that Indigenous networks have been around for far longer than modern social media networks. She recommended Neighbors of the Onondaga Nation (NOON) as an organization for ESF community members looking for local allyship opportunities.